Home » Cholinergics » Citicoline » What Is Citicoline CDP Choline? Benefits Vs Side Effects
Citicoline

What Is Citicoline CDP Choline? Benefits Vs Side Effects

When deciding what to include in a nootropic stack, choline is a vital building block. Choline is a critical component in many neurotransmitters. This is why it is important to take in a larger amount of choline with increased brain activity.

The most effective way to increase choline levels is a supplement called Citicoline.

Citicoline benefits memory recall and overall brain health when taken by itself, however, its true value comes when combined with other nootropics. This supplement has been a favorite in the nootropic community for some time and is even used to treat stroke patients. With the growing popularity of nootropics in general, more and more users are starting to see the great benefits a top grade choline supplement provides as part of their regimen.

To help explain why this is such an important part of any brain boosting blend, let’s examine the method, benefits and possible side effects of Citicoline.

How Citicoline Affects The Brain

Citicoline is already found in the human body naturally. As a direct precursor of numerous phospholipids, as well as the neurotransmitter Acetylcholine, Citicoline is an essential part of maintaining brain function.

The thing which makes this substance superior to other choline supplements is that it is closer chemically to Acetylcholine. This makes it more readily available in the bloodstream when the brain needs to produce higher levels of the neurochemicals it relies on for neuron connectivity.

It may also increase dopamine levels as well as eliminate toxins from the nervous system because of its antioxidant properties.

Citicoline is one of the major supplements in the Cholinergic family. Used on it's own it will dramatically increase the amount of important neurotransmitters. Citicoline not only improves cognitive functions like focus and memory, it also improves blood circulation and brain health in general. 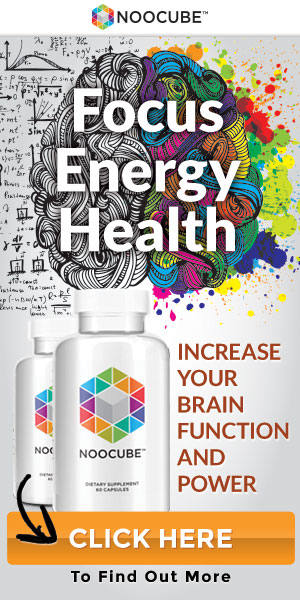 Citicoline benefits memory and focus with some users reporting lower stress levels and an improved feeling of confidence.

This compound increases blood oxygen levels and enhances the uptake of glucose by the brain. The overall effect is a brain that is flooded with fuel.

The best way to take full advantage of this powerful benefit is to combine it with one of the Racetams or Noopept. These drugs require high levels of Choline to work effectively.

The ability to increase oxygen flow to the brain has made this a prized substance for stroke and dementia researchers. It has been used to treat patients with severe head trauma and shows promise for at least slowing the progression of Alzheimer’s.

The Citicoline Side Effects

While Citicoline is safe and generally well tolerated by most users, there are some potential side-effects to be aware of. In most cases Citicoline side-effects are mild and rare.

There is a distinctly higher chance of having unwanted effects if the daily dosage goes over 2000 mg. Some users have experienced symptoms ranging from indigestion to headaches, diarrhea, and vomiting. As with any drug or supplement, it is best to take it slow until you know how your body will react to it.

Citicoline’s benefits outweigh its risks, especially when it is taken responsibly.

A choline supplement is a necessary, basic piece of any nootropic stack, and Citicoline is the best one on the market at the moment.

Most users who have replaced their basic choline with Citicoline have reported a marked difference in concentration and memory recall. This should be one of the first purchases one makes when building a stack for brain boosting. As always we recommend you checking out customer reviews on Amazon before making a buying decision.

Get Citicoline Up To 40% Off - Wholesale Prices

PeakNootropics is the best place to get Nootropics at wholesale prices. You can now add a monthly supply of Citicoline to your supplement stack for under $30.

How to Take Pramiracetam: Benefits and Side Effects

Where to Buy Noopept Capsules and Powder?

Nootropicaid is an informational resource for people looking to improve their mental performance with Nootropics. These supplements are known for their ability to improve focus, increase memory, reduce anxiety and promote general brain health.
Learn More